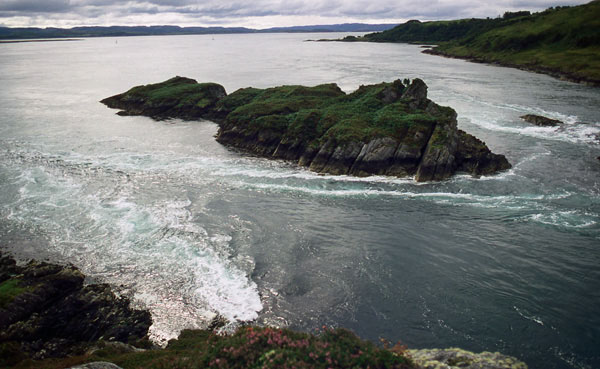 Grey Dog on the ebb tide

The Grey Dog is a gap between Scarba and Lunga through which the tide ebbs and flows, equally impressive when viewed from a boat passing through or from up on Lunga.

We visited by rib and it's a bit of a sprachle through bogs and a small but quite dense wood to the viewpoint. But it was well worth it, it looks different when seen from solid ground.

Even at that time in the morning the midges were out in force, and we were thankful when the wind got up!

The gallery shows it on the ebb tide see Mike's site for shots of it during both ebb and flow.

By the way it's called the Grey Dog because from the east as you approach, one of the headlands has the shape of a grey dog.
About
PreviousNext